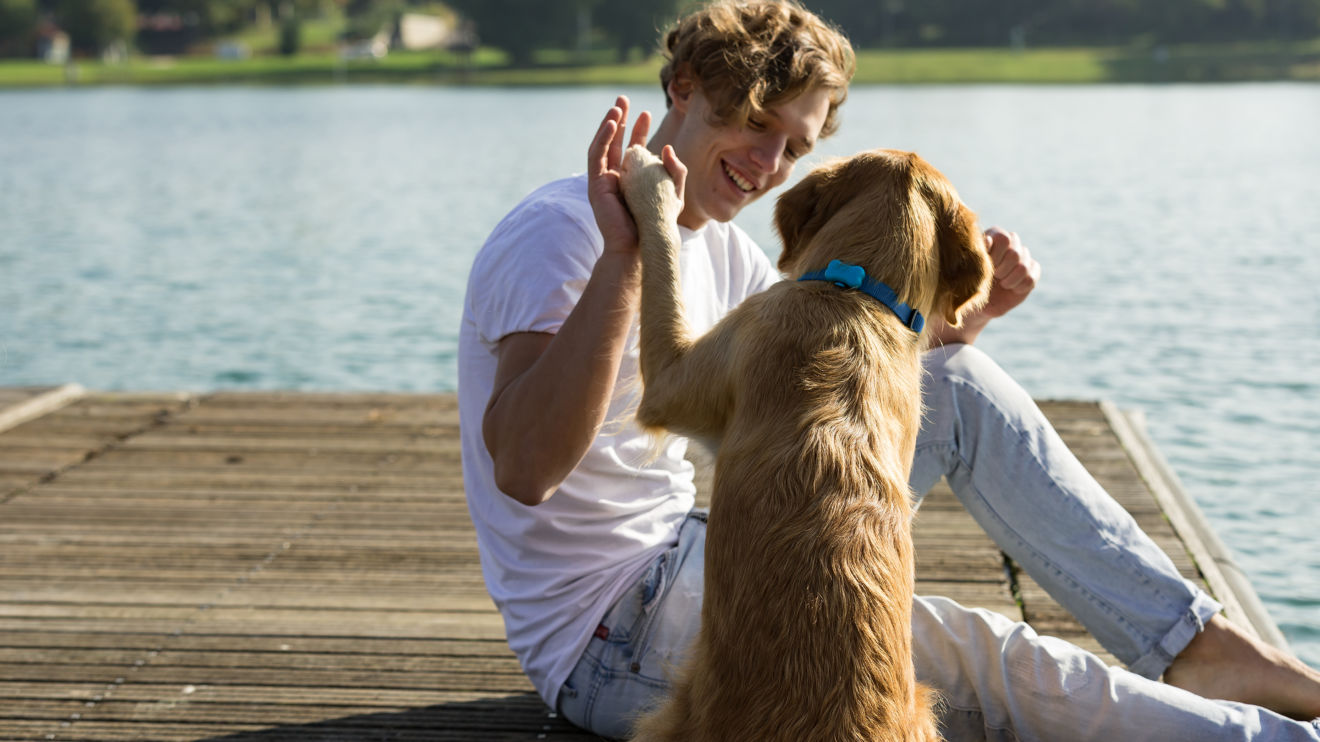 Barking is another huge topic with lots to woof about.

It’s important to remember that barking is vital communication for a dog, much like having a chat, so it’s wrong to expect them to be silent all the time. However, you want to avoid an escalation of barking such that the smallest sound triggers an avalanche of deafening barking.

Dogs feel the need to bark for a number of reasons, which include:

Here are a few tips to help you sort that barking problem.

Tempting as it is to shout at a barking dog, resist the urge.

For a start, the dog will think you’re joining the barking party and encourage him to keep going.

Then there’s the fact that yelling at him is valuable attention, which means you reward the barking so he keeps going.

Bear in mind that if you bite your tongue and let him bark for 30 minutes, but you snap and yell at him…next time he’ll bark for 35 minutes without thinking twice.

However, not yelling is important so that you don’t accidentally encourage him; but once he’s learnt the habit, ignoring him isn’t going to stop him, you need a plan.

Unfortunately for us, barking is a ‘self-rewarding’ behaviour. This means the dog enjoys the sound of his own woof so much, that he barks just for the heck of it. Thus, you need to find a way of stopping him that doesn’t involve yelling.

The clever way to do this is to put the barking on cue. This means you teach a dog to bark (Nuts or what!) and then once he barks on demand, you can teach him the “Quiet” cue. By putting the barking behavuior on demand, you have a tool to stop him from barking when you want. Sounds good, doesn’t it?

To learn how to teach “Bark” and “Quiet” see Module 5.

4.4.4 Reduce the Triggers for Barking

If your dog is a guarding breed, such as a German shepherd or Rottweiler, then his genetics make him highly likely to bark to protect his patch. You can teach him the “Quiet” cue, but if he’s faced with overwhelming trigger of school kids walking past the yard fence, then you’ll struggle to stop him.

In this scenario it’s sensible to reduce the triggers, which means bringing the dog indoors before school finishes for the day. Do this, along with 4.4.5 to decrease the chance of the dog barking out of boredom.

Bored dogs bark to entertain themselves. Make sure your dog gets plenty of exercise, so that he’s so tuckered out he can’t even summon the energy to raise his head for a lazy woof.

OK, this is a sneaky one. Some dogs, (retrievers and spaniels spring to mind) are mouth orientated and love holding things. Consider giving the dog an alternative activity when visitors call, such as holding a toy. Did you spot how sneaky this is? When the dog’s mouth is occupied holding a toy he can’t bark. Genius!

Some useful information with regarding a female dog coming into season.